Xiaomi seems to be working on two new smartphones that have 5G support. The development was noted after the two mysterious Xiaomi phones were spotted on China’s regulatory body 3C’s certification website. Now, a report is claiming that the two Xiaomi smartphones listed on the Chinese certification website are likely to be Redmi Note 10 and Redmi Note 10 Pro 5G that will launch in China. A Xiaomi executive had earlier noted that the company will not launch the Redmi Note 9 series in China since Xiaomi is focusing on 5G models for the Chinese market.

In the 3C listings, we can see the two phones with the model numbers M2004J7AC and M2004J7BC.. Although the names and key specifications of the smartphones are not mentioned, we can notice that the phones will have 5G support. According to a report by Fone Arena, the two phones spotted on 3C certification website are likely to be the Redmi Note 10 and Redmi Note 10 Pro. 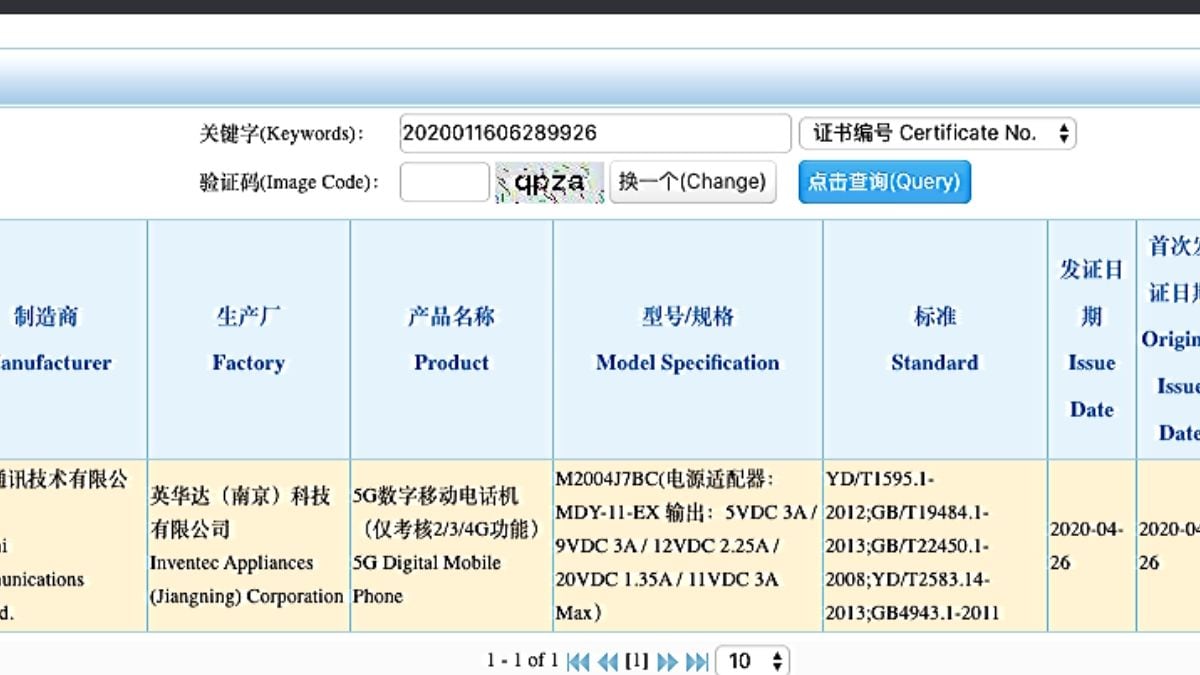 The report stated that Xiaomi is planning to launch the Redmi Note 10 and Redmi Note 10 Pro 5G phones in China with 5G support since the company will be focusing only on 5G models for the Chinese market. Interestingly, Redmi director Lu Weibing in March said that the company will concentrate on making 5G products in China. He further stated that the Redmi Note 9 series will be “sold in the overseas market” (translated), thereby indicating the phones will not be sold in China.

iPhone 12 Will Cost More Than iPhone 11; Apple May Not Meet Its 80 Million Units Shipments Target: Report

Ranveer Singh and Rohit Shetty may come together for a new...