Vivo has been steadily launching new smartphone models across multiple series in India to expand its portfolio. In the past year, we have seen the addition of the Vivo Z series, U series, and X series, which have been targeted at those who buy phones online. However, Vivo’s oldest series, the camera-centric V series, hasn’t been forgotten. The company has just added to this series with the new Vivo V19. As its name suggests, it is the successor to the Vivo V17, but it is priced slightly higher.

Starting at Rs. 27,990, the V19 packs a Snapdragon 712 SoC, which seems underpowered compared to many of the other smartphones in the same price range. Can this model make up for that in other areas? We’ve reviewed it to find out.

The Vivo V17 Pro was the first smartphone with a dual-camera pop-up module for selfies, and the Vivo V19 is the first from Vivo to sport a dual-camera hole-punch setup. The front cameras are in the top right corner of the display. The phone is tall and you won’t be able to reach the top of the display while holding it in one hand.

Vivo has positioned the power and volume buttons on the right side of the device, and these are easy to reach. The left side only has the SIM tray. The frame of the Vivo V19 feels plasticky. At the bottom, there’s a USB Type-C port, 3.5mm headphone jack, and loudspeaker grille, along with the primary microphone. At the top, it only has a secondary microphone.

We found the Vivo V19 to be a little thick. The back of the phone is made of Corning Gorilla Glass 6 which should handle day-to-day usage quite well. Vivo has curved the sides which makes it easy to grip the V19. The camera module at the back sports four cameras and reminds us of the iQoo 3 (Review), which we recently reviewed. The Vivo V19 is available in two finishes, Mystic Silver and Piano Black. We had a Mystic Silver unit for this review. We found the back panel to be a fingerprint magnet as it picked up smudges very easily. Vivo does ship a transparent case in the box, and we recommend that you use it with this device.

The Vivo V19 sports a 6.44-inch AMOLED display with a full-HD+ resolution. The display looks crisp and gets bright even when outdoors. You can tweak the display colour mode as well as the colour temperature. 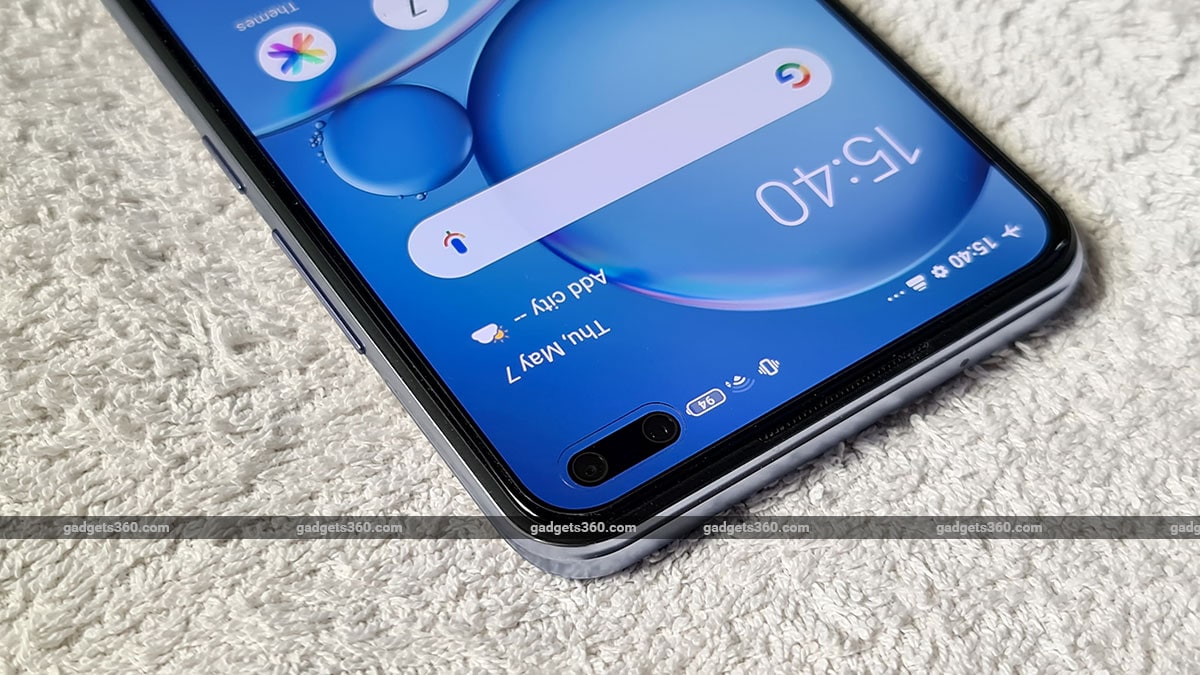 The AMOLED display on the Vivo V19 has good viewing angles

Powering the Vivo V19 is the Qualcomm Snapdragon 712 SoC, which will raise some eyebrows. This processor is commonly found in smartphones priced at around Rs. 15,000 and we were surprised to see the Vivo V19 using it. The Snapdragon 712 is an octa-core chip based on a 10nm process. It has six Kryo 360 Silver cores clocked at 1.7GHz and two high-performance cores clocked at 2.3GHz. For graphics, it has the Adreno 616 GPU. Vivo says it has used copper tube liquid cooling for the Vivo V19 to keep thermals in check.

On the software front, the Vivo V19 runs Funtouch OS 10 on top of Android 10, and our unit was running the April security patch. This is the latest version of FunTouch OS and it is a big improvement over previous ones as it finally fixes the quick toggle issue we always reported, You no longer have to swipe up from the bottom to access the quick toggles on the device; you can just swipe down from the notification shade to access them. This has been standard with most Android smartphones, but Vivo used an iOS-style swipe up earlier which was confusing. We are glad this has been changed. There is no app drawer, and all the app icons are available directly on the homescreen. Swiping right from the homescreen will take you to the Smart Launcher’s shortcuts. You get a lot of customisation options on the Vivo V19. You can swap the traditional three-button navigation layout for swipe-based gesture navigation. You can also change animations for charging, fingerprint and face recognition, and standby/wake, among other things. It also gets Digital Wellbeing and parental controls.

The Vivo V19 comes with a fair amount of bloatware preinstalled. Apps on the device include Helo, Dailyhunt, Opera, Amazon Shopping, Flipkart, and Facebook. A few of these apps are capable of generating spammy notifications when launched, so we recommend that you uninstall the ones you won’t use. The Vivo V19 also has a Motorbike mode, in which the phone can reject calls and automatically send a message to the caller.

The Vivo V19 delivers reasonable performance and we never noticed any lag or stutter while using the smartphone. Having 8GB of RAM made multitasking a breeze. We could switch between different apps and rarely had to wait for the device to reload the full app. However, phones such as the Realme X2 Pro (Review) and the Redmi K20 Pro (Review) feel faster when loading apps, which might be due to the choice of an older processor in this model.

We ran a couple of benchmarks on the Vivo V19 to see how it fares compared to other smartphones in its price segment. In Geekbench 5’s single-core and multi-core tests, the Vivo V19 scored 416 and 1,596 respectively. In PCMark Work 2.0, it managed to score 6,983 points. These are a lot lower than the scores of phones such as the Realme X2 Pro, which scored 12,226 in PC Mark Work 2.0. The Vivo V19 scored 13fps and 24fps in GFXBench’s Car Chase and Manhattan 3.1 graphics tests respectively. 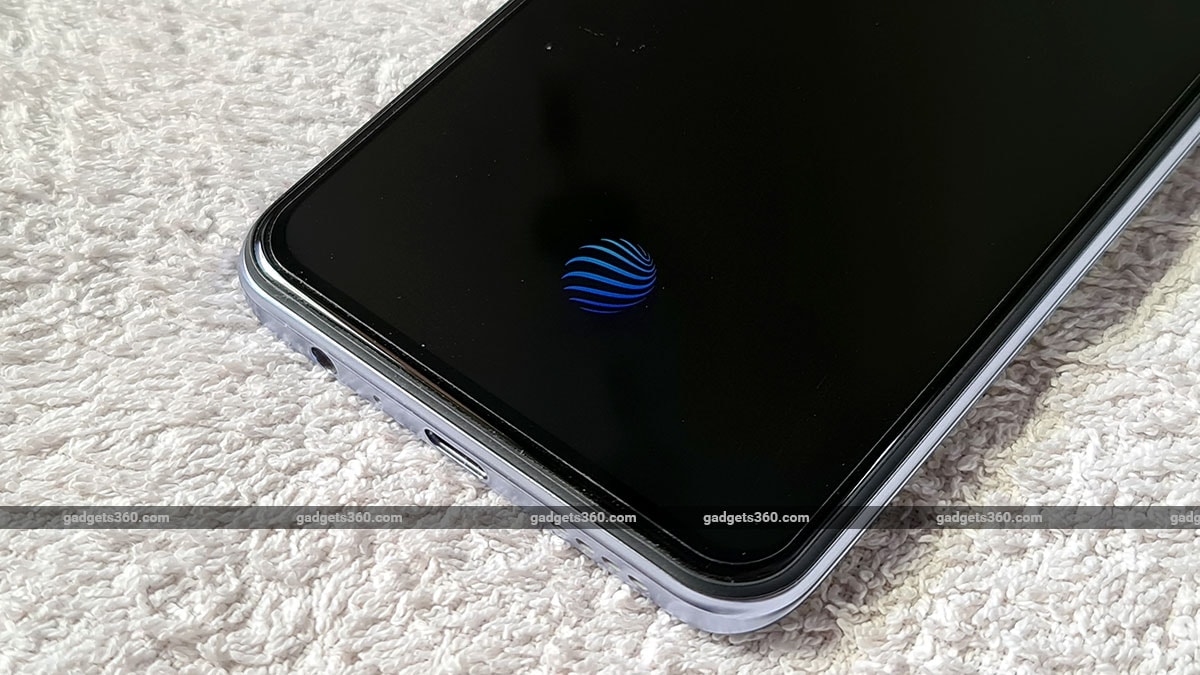 The in-display fingerprint scanner is quick

We played PUBG Mobile on the Vivo V19, and it defaulted to the high settings by default. The frame rate was set to High and the graphics set to HD. We played a few rounds and did not notice any lag, although there was occasional stutter. We played one round for 15 minutes and noticed a 4-percent battery drop which was higher than we would have liked. The phone got slightly warm to the touch but nothing alarming.

The Vivo V19 packs a 4,500mAh battery and delivers good battery life. The Snapdragon 712 SoC isn’t very powerful but it is efficient. We managed to get about a day and a half worth of use out of the battery in one charging cycle. Even in our HD video loop test, the V19 managed to clock 18 hours and 30 minutes which is a good score. Charging is quick, and the phone managed to charge to 44 percent in 30 minutes and 83 percent in an hour.

The camera app hasn’t changed much and is similar to what we have seen on Vivo phones in the past. Apart from the regular photo and video modes, it has Night, Portrait, Jovi Vision, and 48-megapixel modes. It also has buttons to switch between the different cameras on the device. 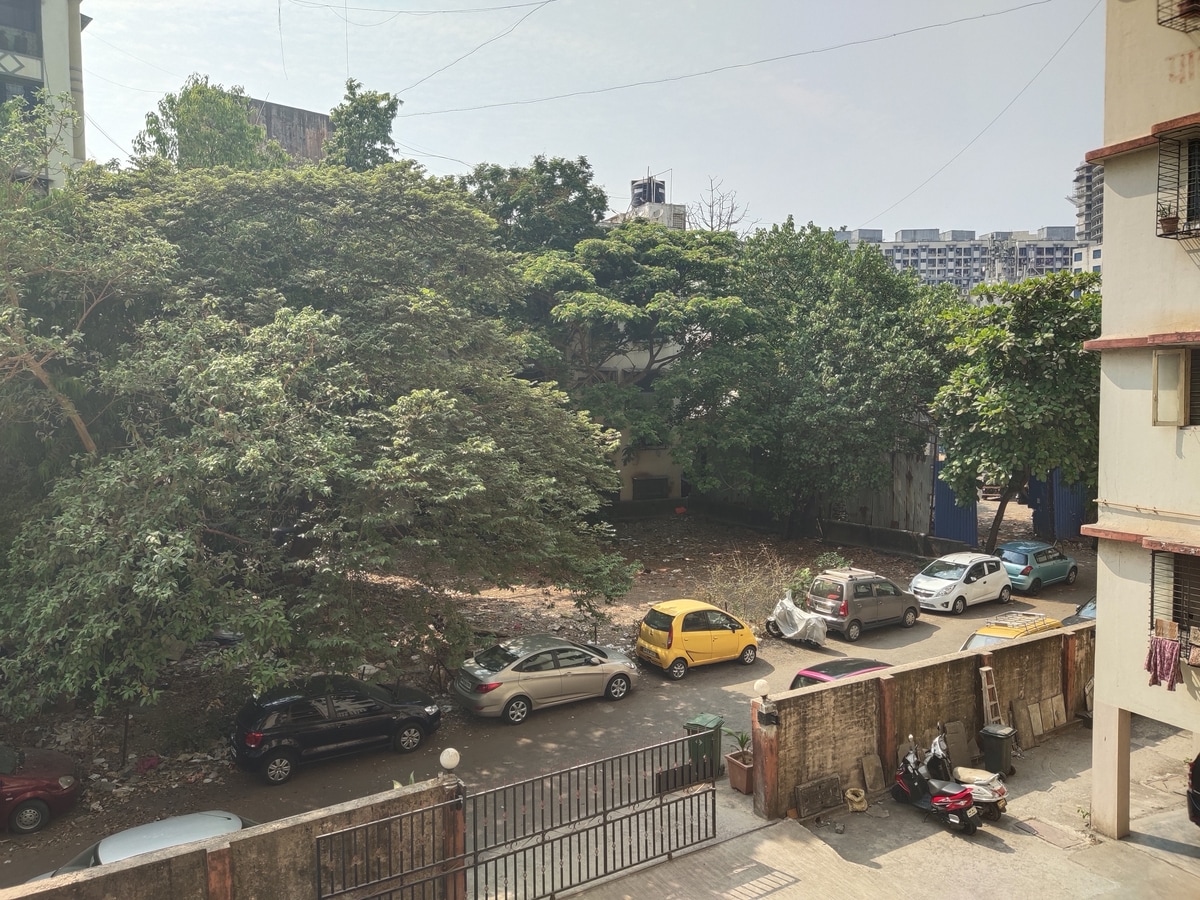 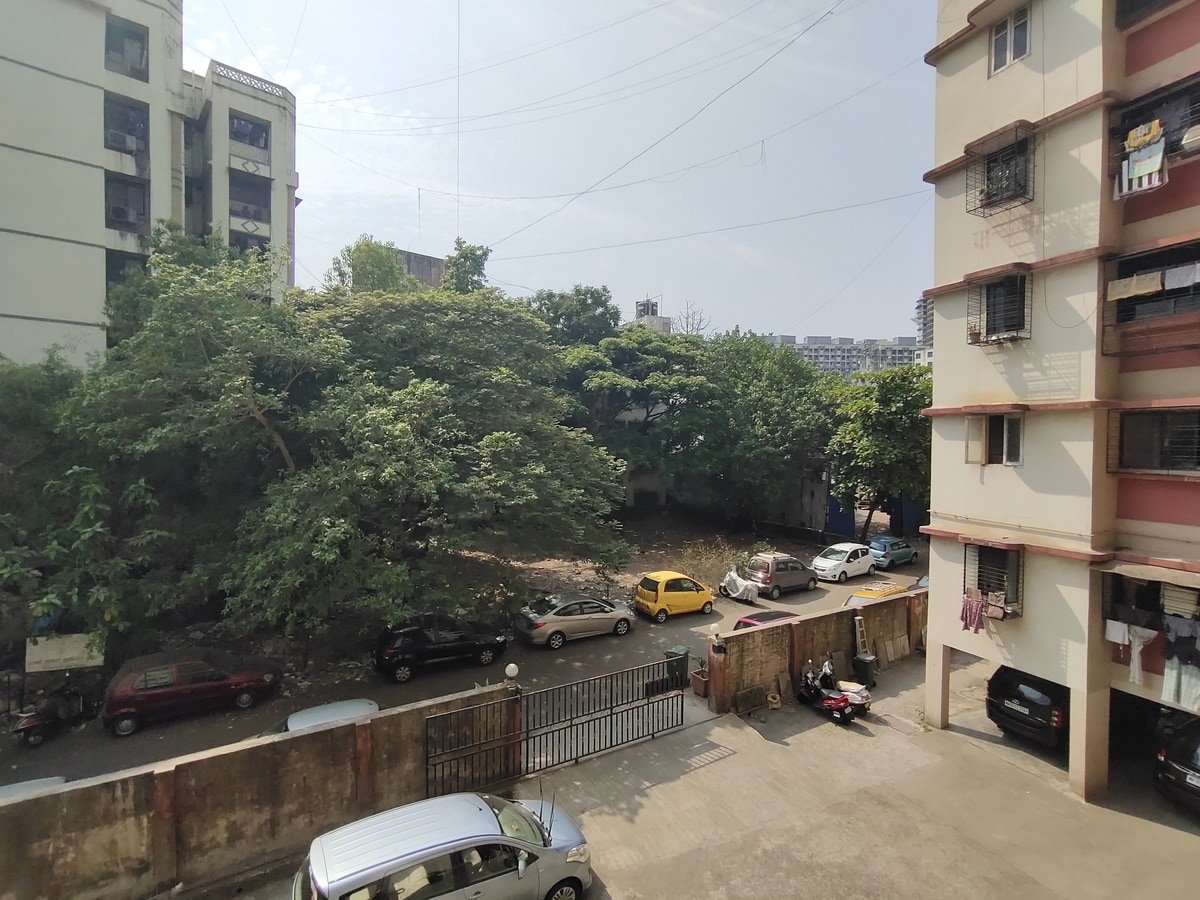 The Vivo V19 was quick to focus, and the AI could detect what we were shooting. In daylight, the Vivo V19 managed a decent shot with ample detail. Objects at a distance were visible on zooming in. Shots taken with the wide-angle camera lacked detail. The resultant image had a wider field of view but there was barrel distortion. 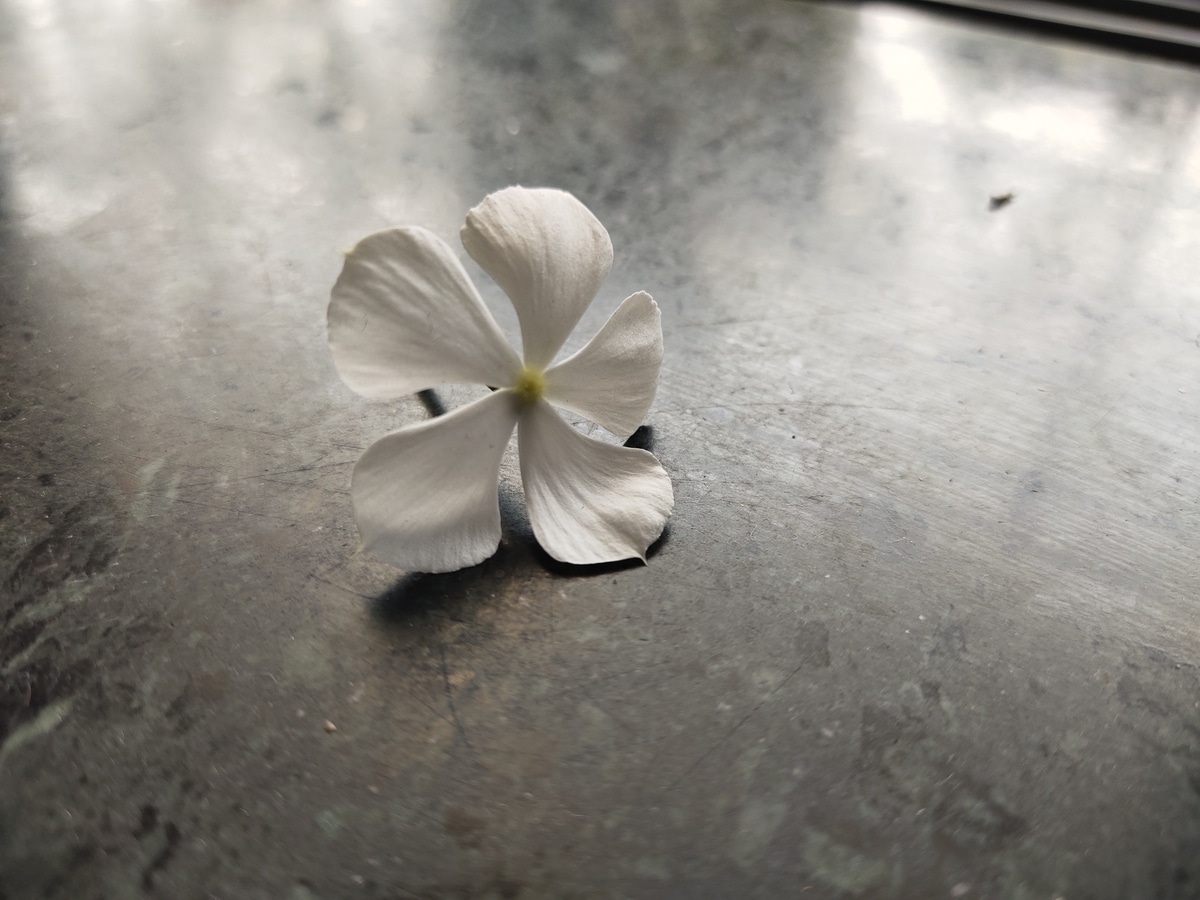 Close-ups were also good, and the device managed natural-looking depth between the subject and the background. You can also switch to Bokeh mode which lets you set the level of blur before you take a shot. We found photos shot in this mode were hit-or-miss and some looked artificial. The macro camera lets you take super close-ups of a subject, but the output is restricted to 2-megapixels only.

You can also shoot at the full 48-megapixel resolution which results in much larger files. The final output lets you zoom in quite a bit but the details aren’t great. We also noticed some artefacts on zooming in. Regular photos have better dynamic range as the V19 also applies HDR when not using the sensor’s full resolution. 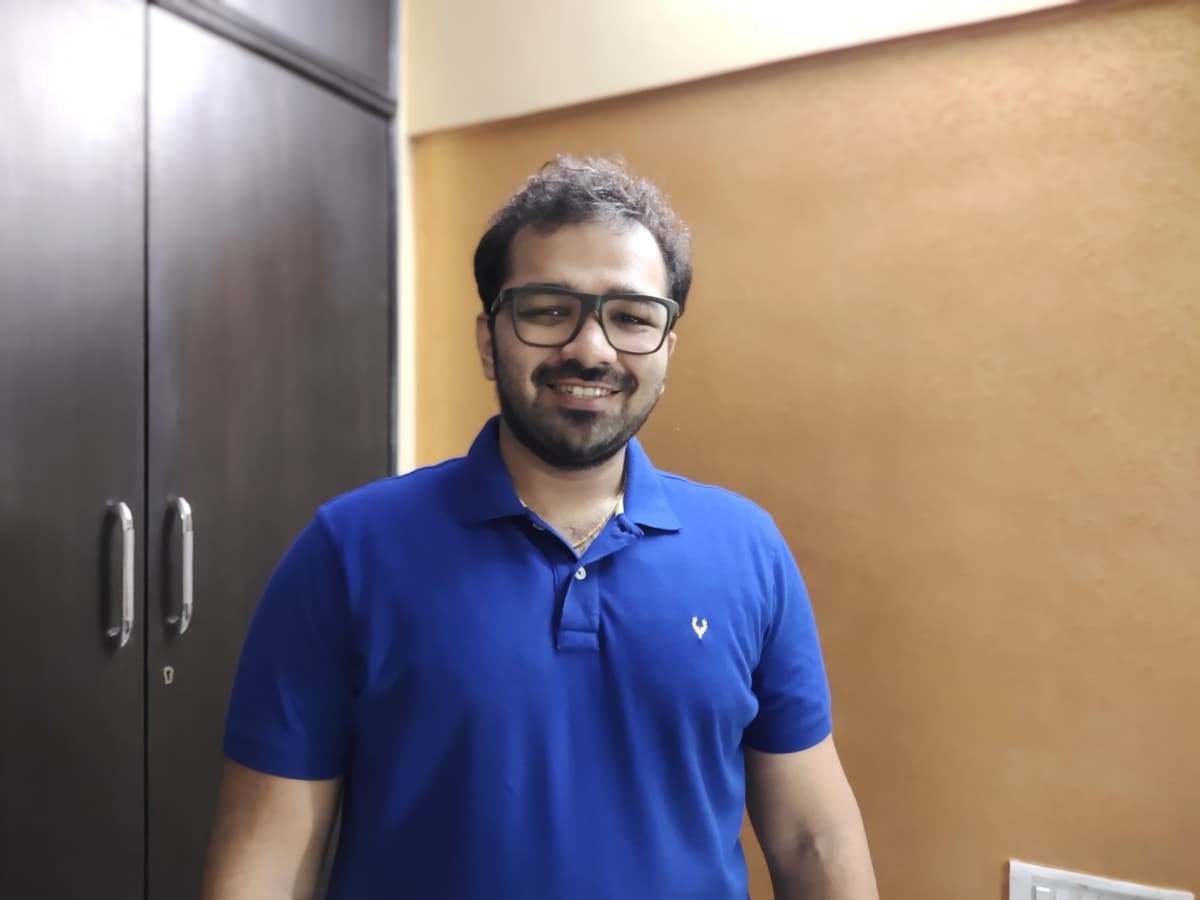 The portrait mode adds beautification and you do get the option to tweak or disable this before taking a shot. The default settings do soften skin tones quite a bit so we preferred turning this off. You will have to select Bokeh in the lens setting as the phone does not add this effect by default. However it does let you select the level of blur before taking a shot. We found edge detection to be good in daylight. 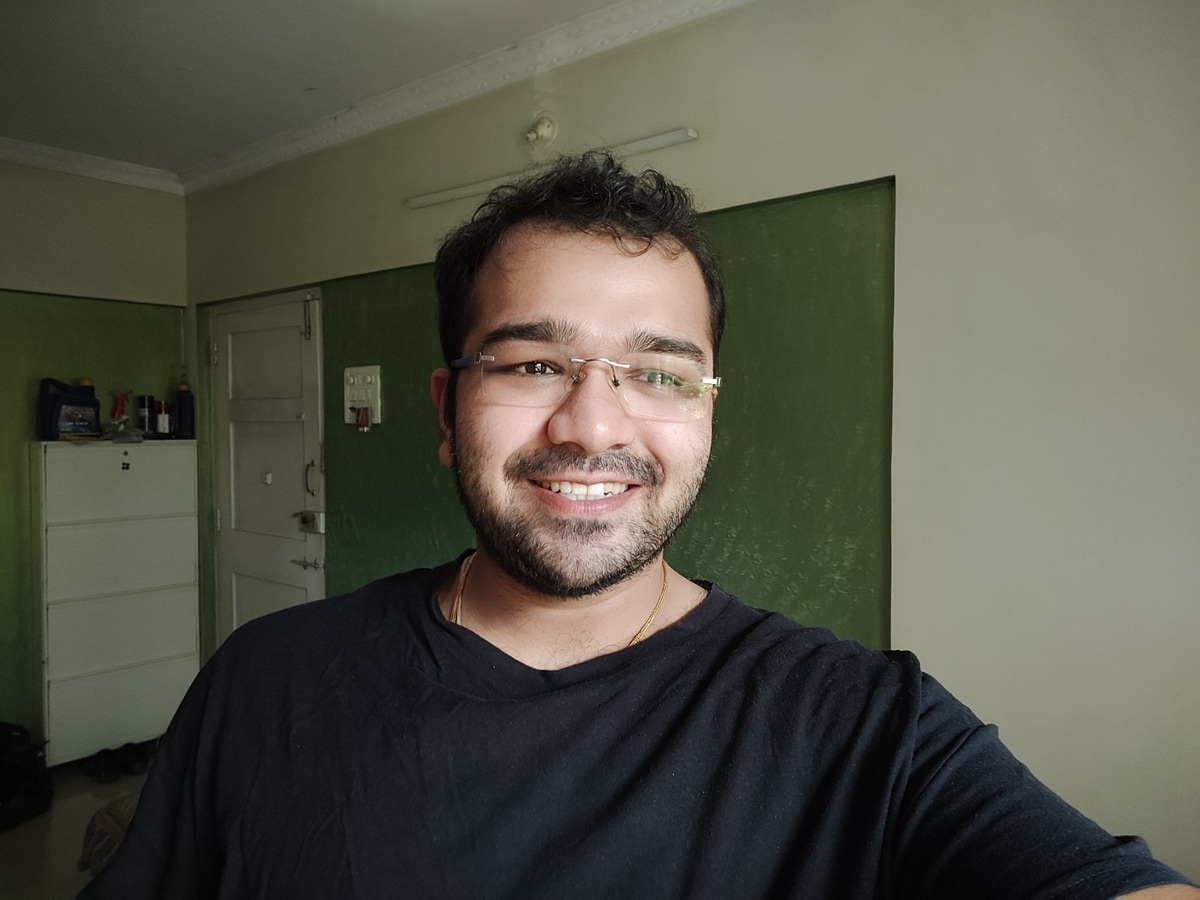 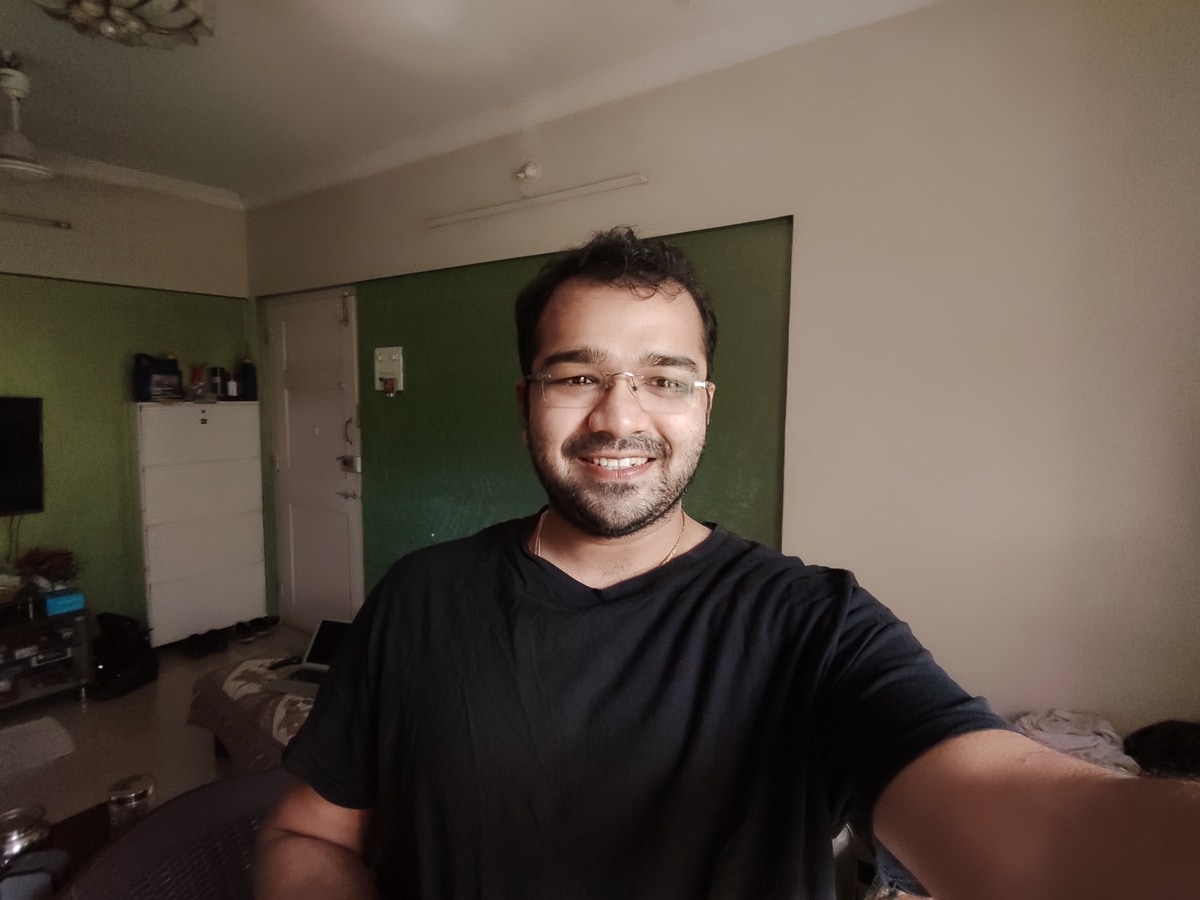 Vivo has also enabled beautification by default for selfies on the V19. It can suggest different poses. In favourable light, the Vivo V19 is capable of delivering some very good selfies that are sharp and detailed even after zooming in. The wide-angle front camera did not deliver the same kind of detail as the primary sensor. There was a noticeable drop in photo quality, and shots did not appear crisp. We also noticed a slight colour temperature shift in a few photos. There are wide-angle corrections in place which prevent warping. A feature called Aura Light turns the entire screen white with an oval cutout for your face. Vivo told Gadgets 360 that it helps you get a preview of a shot before taking it, and also helps improve selfies in low-light conditions. 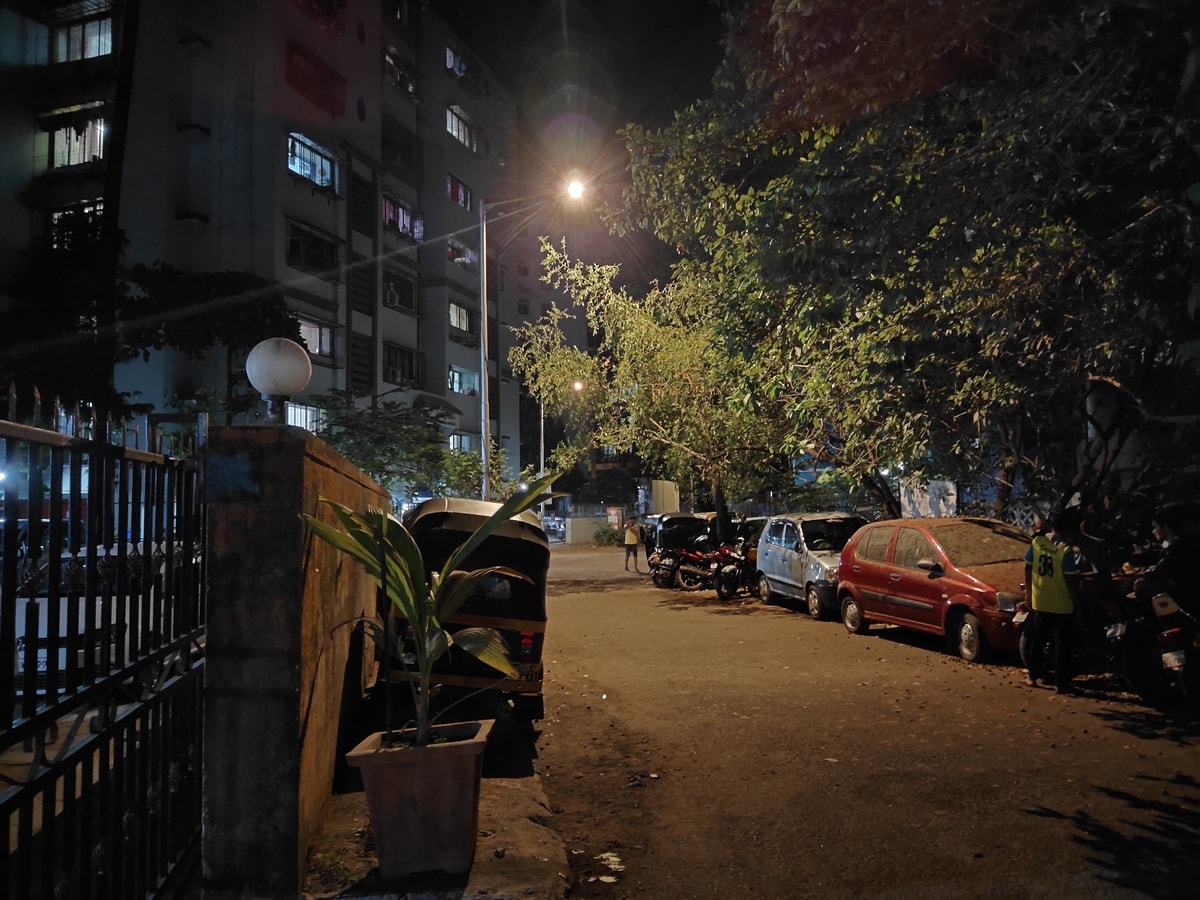 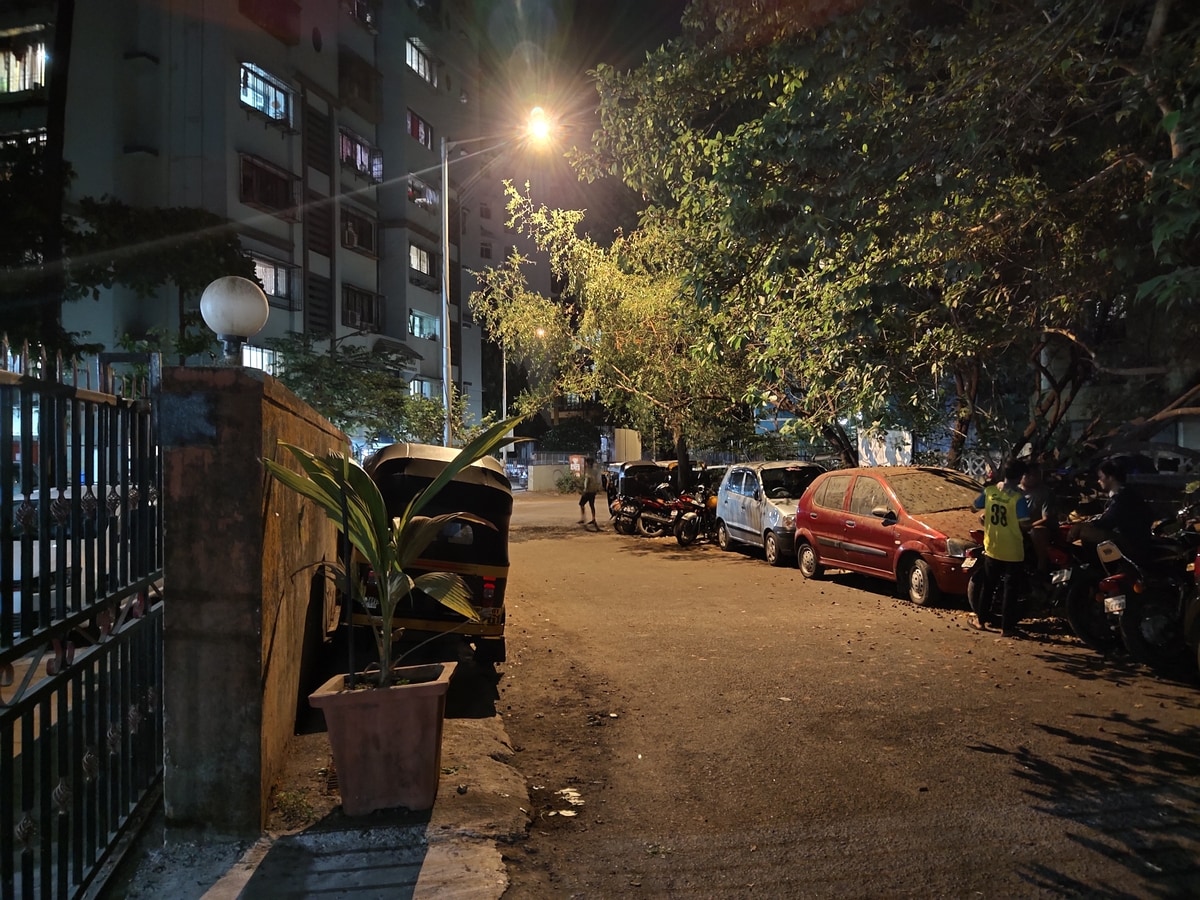 In low light, there is a drop in the overall image quality. The Vivo V19 keeps noise under control but the output is slightly grainy. With Night mode enabled, the Vivo V19 takes multiple exposures and stitches them together. It is a little slow and forces you to hold the camera still. These photos were brighter and objects in the shadows were more recognisable.

Video recording tops out at 4K for the primary rear camera and 1080p for the main selfie shooter. Footage shot at 1080p was stabilised but not 4K video. There is an ultra-stable mode as well that uses the primary camera and crops the frame to stabilise footage, even in low light. It’s even available with the front camera, but doesn’t work as well. Low-light video had decent quality but a shimmer effect was visible.

The Vivo V19 doesn’t have a very powerful processor considering its asking price, and that might be the deal-breaker for potential buyers. The Snapdragon 712 SoC is nowhere near the fastest, but if you look beyond that, the Vivo V19 does pack in good cameras and a big battery. The display is vivid and the in-display fingerprint scanner is quick.

At its asking prices of Rs. 27,990 for the base variant and Rs. 31,990 for the higher variant, the Vivo V19 does not look great when compared to other phones in this segment. The Realme X2 Pro, which costs Rs. 2,000 more, offers a way more powerful Qualcomm Snapdragon 855+ SoC and boasts of 50W fast charging. What the Vivo V19 has going for it is its selfie cameras. The primary sensor manages good selfies and the aura light feature is handy in low light. Also, Vivo’s offline presence might make it easier to source this phone from a nearby store.

However, if you aren’t into selfies or vlogging, the Realme X2 Pro (Review), Asus 6Z, and even the Redmi K20 Pro (Review) are suitable alternatives for roughly the same price.

Drugs Case: Sara Ali Khan may have to answer these 20...